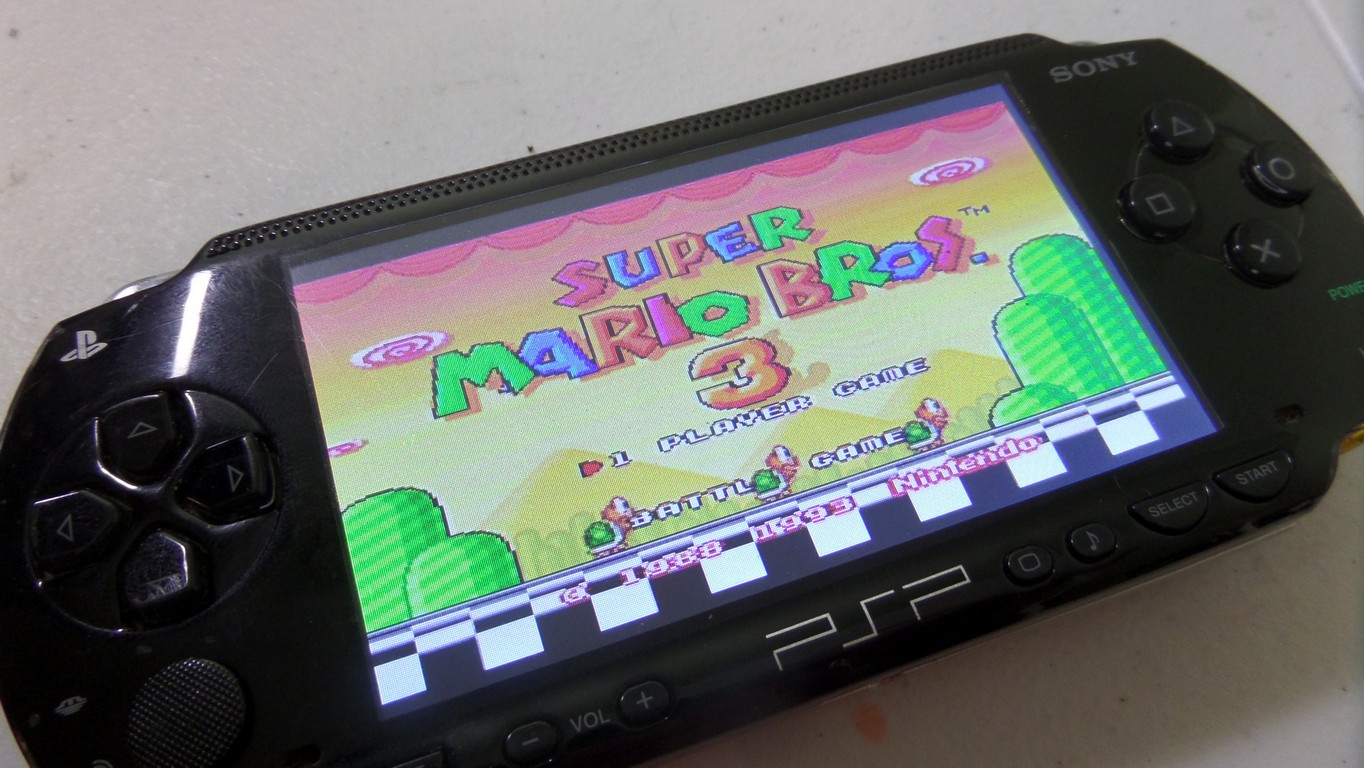 I’m very excited to show off my first project. I don’t think anyone else has converted a PSP into a RetroPie console. Many many hours have been put into the hardware, and just as many on the software.

There are a few reasons I built this. I was very inspired by the old handhelds like the original Gameboy getting the Pi Zero treatment. I love seeing an old handheld brought back to life better than before. What I wanted though was something more functional and with a bigger LCD, and a broken PSP seemed like a perfect starting point.

If anyone plans to attempt this project, please understand that the PSP is able to emulate most of the old consoles already. It has trouble with some of them, but it runs PSP and PS1 games. The Pi emulates some games better and some games worse (like PSP), and tearing apart a working PSP to mod into the PSPi might not be considered an upgrade unless you’re making use of the other features of the Pi.

Details:
Internals have been replaced with a Raspberry Pi Zero
4.3″ composite LCD in place of the original LCD
Audio (not easy on a Pi Zero)
USB port on top works for USB devices
The Sony Memory Card slot has been converted to microSD
Original power connector is used to charge
Gets 3-5 hours of use per charge
Momentary press of power button turns the console on. Switching the button to the off position when the Pi is on properly shuts it down and then powers it off.
GPIO for button input